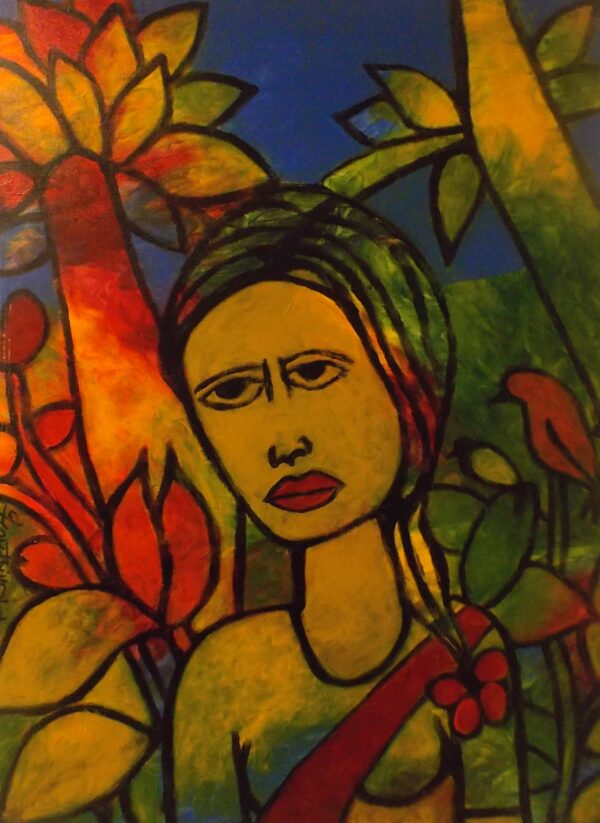 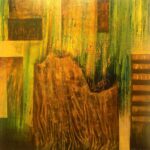 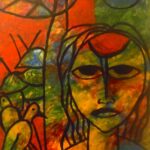 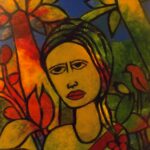 BIJAN PAUL is a name in contemporary art world which has made news and stood for certain values in art. A bold and vocal personality Bijan Paul is from India and always leans on the side of humanism and treats his characters accordingly. His portrayal of men and women and their human or environmental situation is full of depth and emotional richness that is rare in the realm of modern world of art.[read more] His configurations are sometimes linear (geometrical) and some times lyrical, depending on the theme or the subject he is handling. But they are sensitive all the same. The human drama in Bijan’s canvas finds a strong footing and the portrait character lingers in one’s mind long after the canvas is removed from one’s view. His artworks depicts a gamut of human emotions to observe and relish. The character and the themes may vary, but not the sensitive approach to image-creating which is the life and lure of artist’s canvas. However, it may be mentioned here that there is no attempt to overdo things on the part of artist. A certain sensitivity to structuring is also visible in Bijan Paul’s works. Bijan has seen the society of Europe and America and has learnt many things that are worth learning. He has not only visited these places but also exhibited there and sold his works. That too on the bases of merit alone. Indeed, he has that daring spirit in him that could crash through the barriers and have his way. In some places he has exhibited along with his fellow artists and other times solo, in the western art galleries. Bijan Paul is known for is his style which is positively modernistic. A work like ‘Dialogue’ (between two women) could display such intensity of communication and such richness of human emotions. Needless to say Bijan Paul’s work have found room in many private and public collections both at home and abroad. [/read]