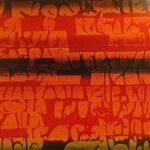 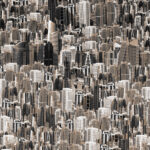 N. Young completed his masters in Fine Arts from Delhi College of Arts. He aims to express his deep interpretation of the world through very straight and geometric forms.[read more] His designs are intended to make people smile, but also to question the traditional view of things by providing an alternative and unusual image. Sticking to minimalist form and colour, he has an eye for detailing. EXHIBITIONS Urusvati Centre For Contemporary Art Gallery in 2014. Ravindra Bhawan Art Gallery, New Delhi in 2013. Lalit Kala Academy, New Delhi in 2013. Sahitya Academy, New Delhi in 2013. United Art Fair 84th Annual AIFACS exhibition. He has also been a part of many workshops and camps like International Camp in National museum and Rajasthan School of Art, National Bal Bhawan, Urusvat Centre for Contemporary Art, etc. He has also been awarded with Vishwnath Mukharji Award by Delhi College of Arts in 2009 and has got the first prize in Orrisa Festival held at Dilli Haat, New Delhi in the year 2006.[/read]