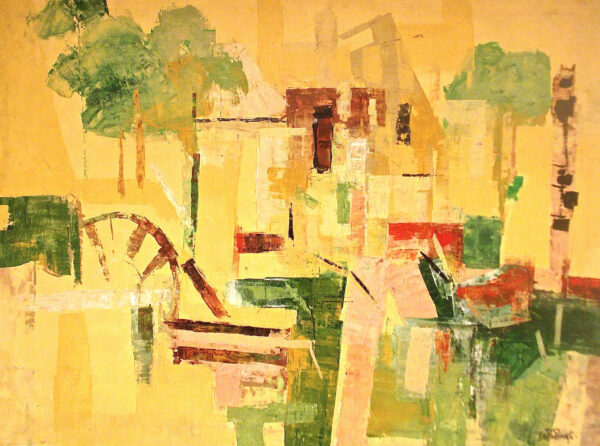 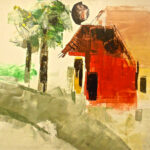 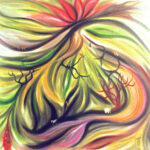 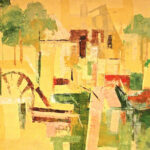 Painting was introduced to me by an artist friend who had seen my confident strokes on paper. Inspiration was all around and painting became my love as early as 1994. [read more]A year later, I started out as a freelance painter. Soon I travelled down south to Chennai where I met Bhagwan Chauhan and K.M. Adimoolam at the Cholamandalam artist village. Thus began my journey as an artist. I went on to learn under late Jaspal Singh and K.G. Subramaniyan. My ealier works with figurative in acrylic on canvas. But, when I was introduced to the Shantiniketan art circle by 1999. Images and thoughts from the region started to influence my work. Srikrishnapur, near Shantiniketan, has been the root of a lot of my painting. I started to introduce abstractness in my figurative works. By the turn of the millennium, I moved to abstract landscapes. Having grown up in Rourkela in Orissa, most of my paintings take me back to roots. Solo Exhibition: 2010 Trivani kala sangam, trivani gallery ,New delhi 2010 Birla academy of art and culture.Kolkata 2012 Sridharani Art Gallery. New Delhi 2015 Trivani Kala Sangam,Trivani gallery,N.Delhi 2016 ( Jan ) Convention Center Foyer,Habitat Center,N.Delhi 2016 (Oct ) Convention Center Foyer,Habitat Center,N.Delhi 2017 Triveni Awards “ Kala Shri ” Award 2012 by Akhil Bharatiya Swatantra Lekhak Mancha New Delhi. Dubai art fair. Curated by A2A, “ Best jury entry ” 2013 Languages Spoken Oriya Hindi Bengali English Education ISPAT College, Rourkela, Orissa 1990 Bachelor of Commerce (B.Com.)[/read]