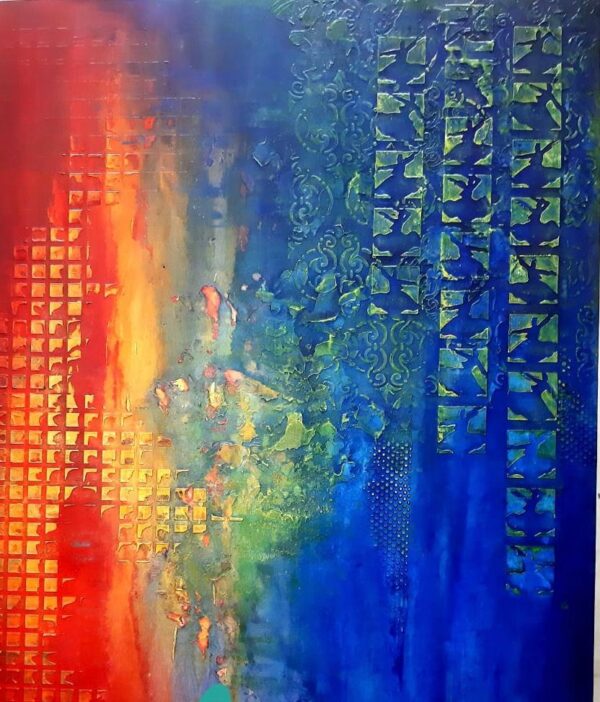 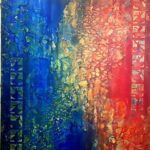 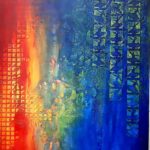 Radhika Seksaria’s tryst with art started in a small city, Gorakhpur, India where she spent her childhood. She later honed her talent in Mumbai under the tutelage of a teacher from JJ School of Arts. Radhika Seksaria has since participated in several solo and group shows in cities across India as well as overseas. [read more] Over the years, she has explored different colours, themes, and forms and has now made acrylic her chosen medium. Radhika Seksaria recently won the Bharat Nirman Award for entrepreneurship in the arts. Radhika’s greatest inspiration has been the 13th Century Sufi poet Rumi making her to create one of her most popular collections - RUMInations. Right from her first solo show, Miraaya, Radhika’s paintings displayed a spiritual quality. After reading the 13th Century Sufi mystic Rumi’s poetry, his ideas of non-religion, love for birds, and allusions to dance stirred Radhika’s artistic soul too. Her art has glimpses of Sufi mystics, birds, whirling dervishes, and the quintessential spiritual motif – the lotus. A spiritual enthusiast herself, Radhika chants while painting, transferring the same positive energy to her work. Her endeavor is to help viewers feel peace, hope, light and love when they see her creation. Radhika Seksaria searches for expression through art. For her, art is spontaneous and joyful celebration of life. She has not only found beauty, but she lives within it. Her art is live and has stability. Radhika works in oil as well as watercolors. Her strength lies in her realistic rendering of everyday things in life. She takes inspiration from the people and objects that she sees around her. Her control of shade and light gives a wonderful depth to her work making it seem extremely real. Radhika’s greatest joy and inspiration has been and continues to be the happiness that she is able to bring to other peoples’ lives throughout her art. She finds inspiration in nature, music, books etc. and believes in dwelling in the emotions of all forms of creativity. Over the past 20 years, Radhika Seksaria has experimented with various mediums. Her paintings have been exhibited across the world, in countries such as the United States, United Kingdom, UAE, and India. [/read]